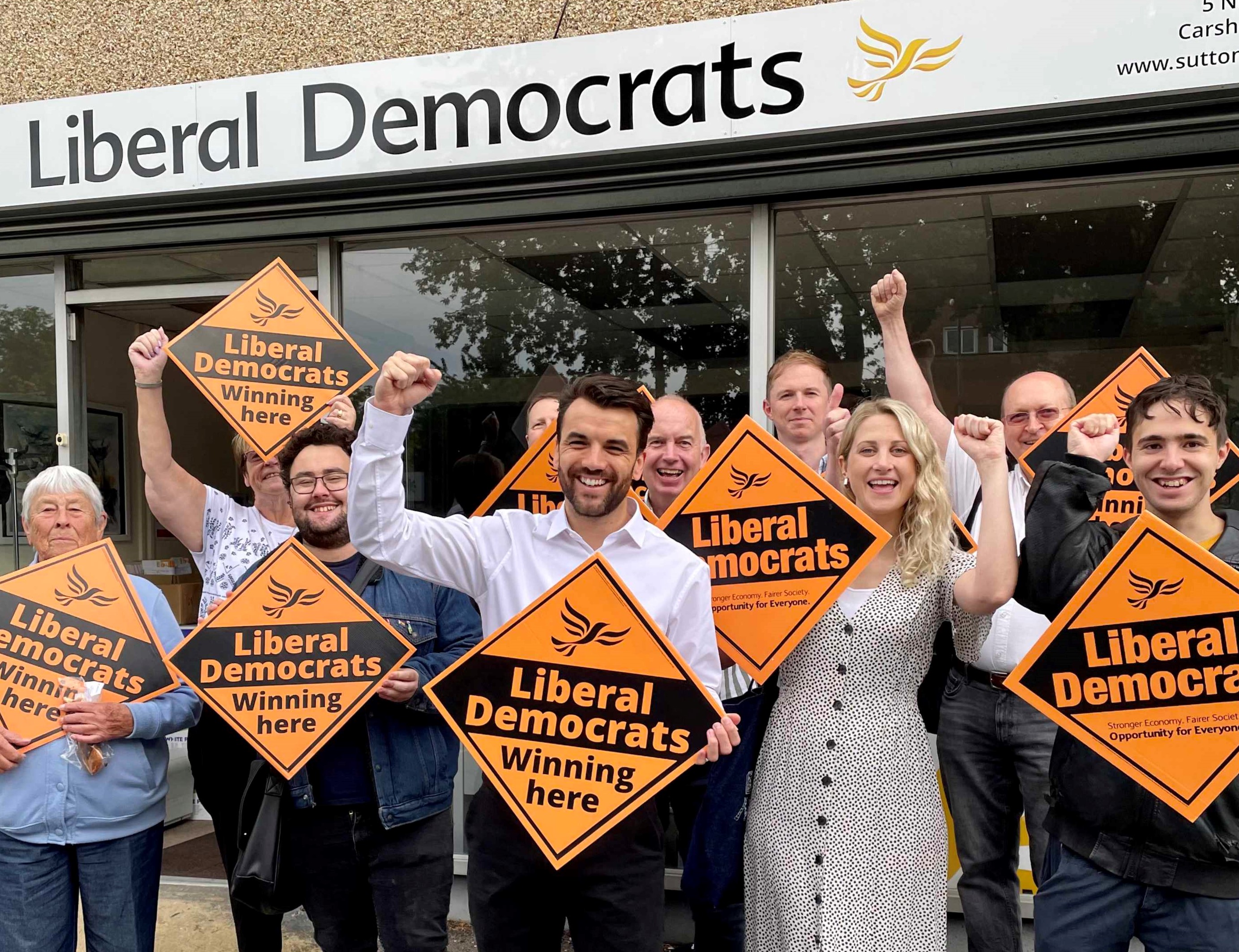 The Liberal Democrats are on track to win seats across the country at the next General Election, including Carshalton & Wallinton, following their historic by-election victory overnight.

In Carshalton & Wallington, the Liberal Democrats are just 629 votes behind the Conservatives and need just a 1% swing to gain the ultra-marginal Conservative-held constituency.

Bobby Dean, Liberal Democrat candidate for Carshalton & Wallington, believes the party’s win in the North Shropshire by-election could pave the way for a win in the local area at the next General Election.

“We saw last night in North Shropshire that people are fed up with being ignored and taken for granted by the Conservative party.

“If we can win in North Shropshire, where the Tories have won for 200 years, then we can win here in Carshalton & Wallington - where the Tories only narrowly won a few years ago. It is clear it will be a two horse race again between the hard-working local Lib Dems and an out-of-touch Conservative Government.

“I have been swamped by messages from local people who are appalled by Boris Johnson’s behaviour over alleged lockdown parties and sleaze scandals.

“The Liberal Democrats believe people deserve a fair deal where everyone plays by the same rules – including those in Downing Street. We will deliver that fair deal with good schools, backing for small business and investment in high-quality healthcare.”